Exhibit A: A graph of radiation from Next-G distributed antenna transmitters in the city of San Francisco (FCC standard=1,000 microwatts/cm^2): 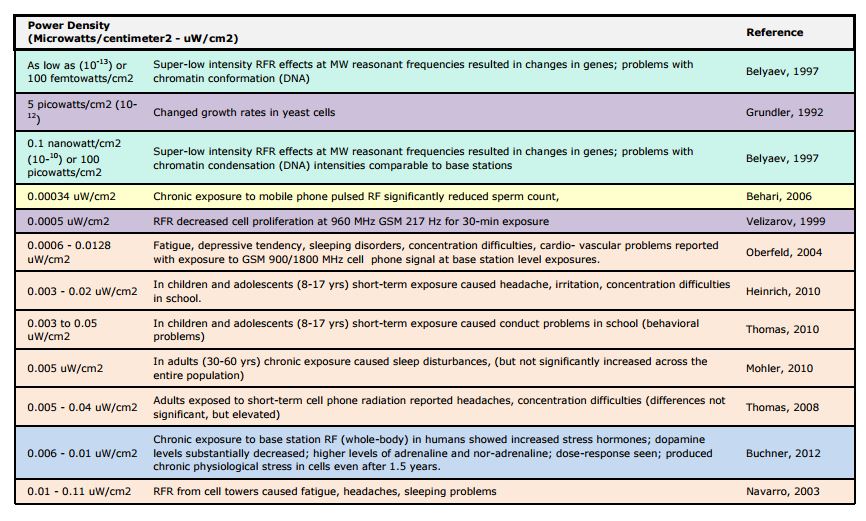 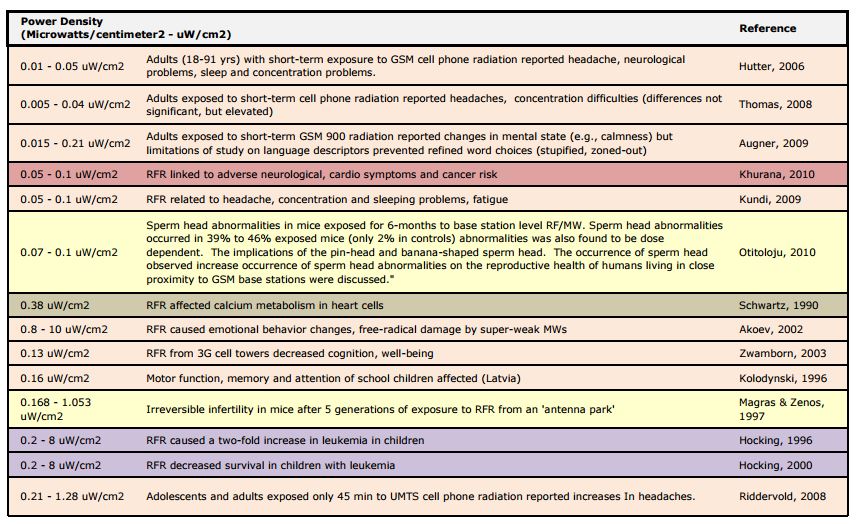 Exhibit D: Industrial accoutrements at the base of some wireless transmitter on utility pole systems: 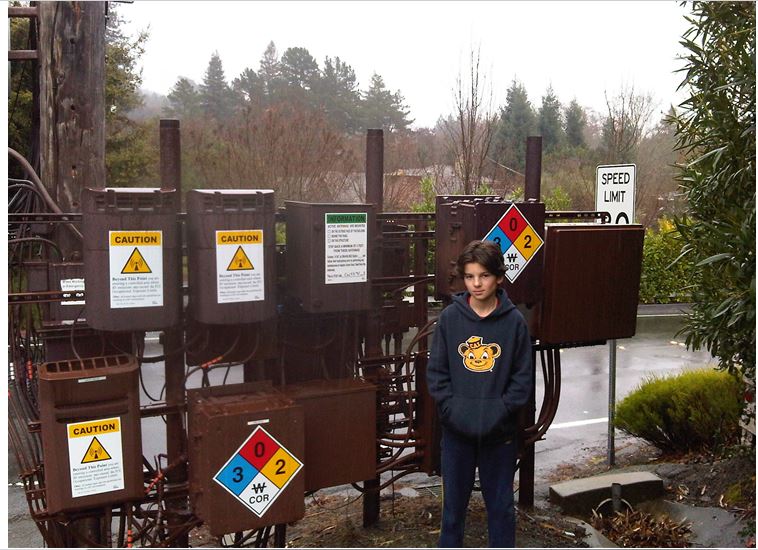 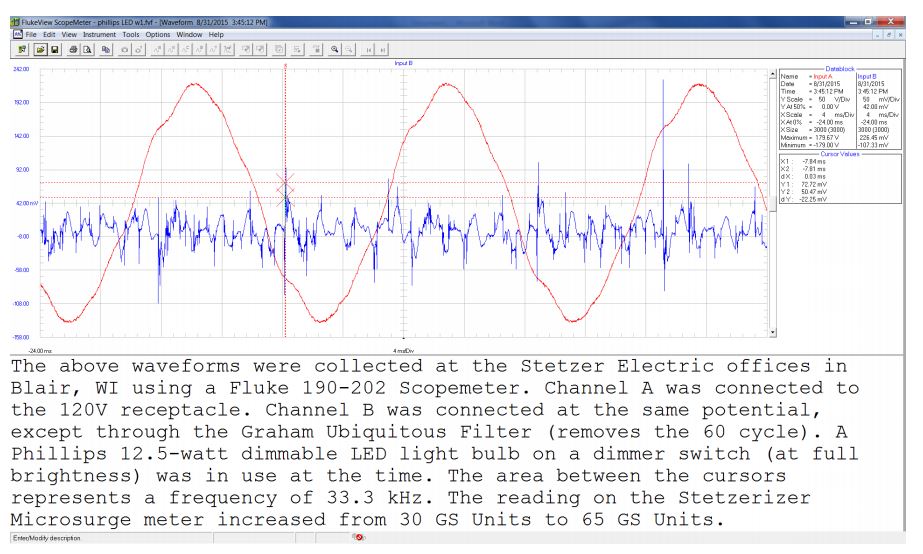 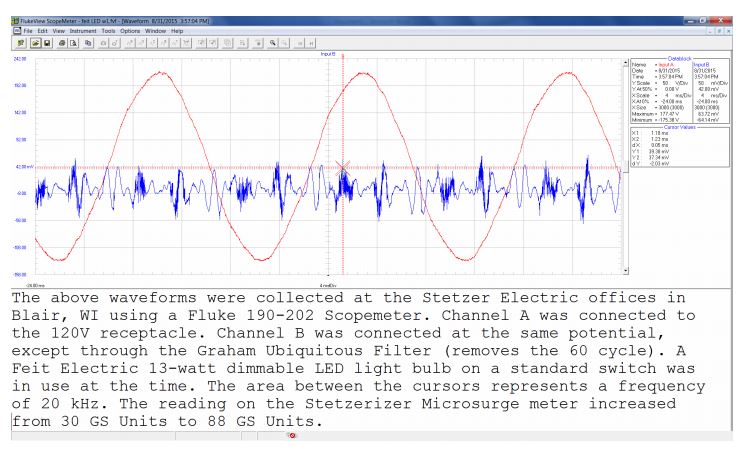 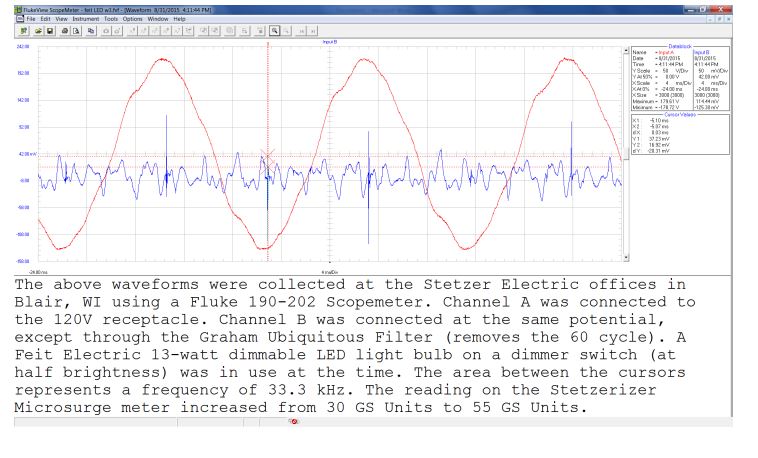 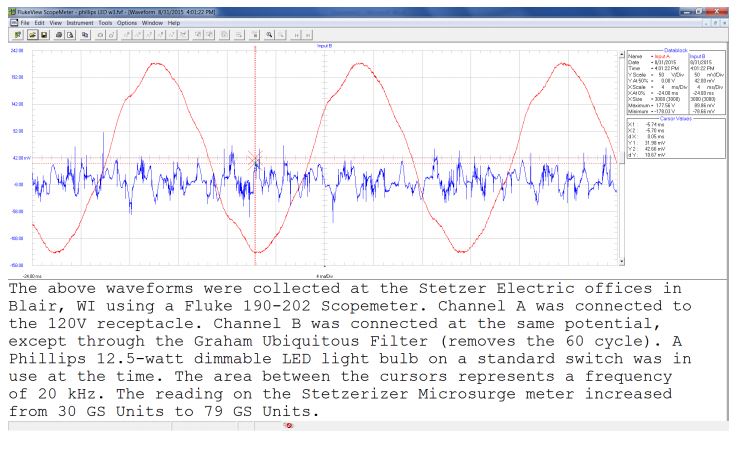 When wireless transmitting equipment is put at street level in close proximity to peoples’ homes, businesses and areas they frequent, the radiation levels are much higher because radiation exposure is more a function of proximity to the transmitter than total power output.  Claims about “periodic transmissions” need to be investigated independently with radiofrequency meters as often the infrastructure actually is sending a signal continuously or frequently.  Putting radiation-emitting transmitters in the commons can create civil rights violations, subjecting them to eventual removal.

In May, CBS News reported that 5% are now intolerant to Wi-Fi (these power densities are also commensurate with being too close to a cell transmitter); whatever the actual percentage is, these people are functionally impaired.  The 2008 amendments to the Americans with Disabilities Act (ADA) include functional impairments of the type people experience from too close proximity to wireless transmitters.  While many have not made the connection between symptoms and the sensitizing irritants, complaints to government agencies and courts demanding accommodation have commenced; HUD already forced a municipality to rip out wireless water metering infrastructure that was making it impossible for someone to live in their own neighborhood.

Over two dozen international appeals by scientists to reduce wireless expansion have been made; the most recent one calls these exposures a public health crisis: https://www.emfscientist.org/  Meanwhile, the Harvard Safra Foundation Center for Ethics released a report that documents how the FCC, which is in charge of setting regulations, is wholly captured by the corporations it is supposed to regulate: http://ethics.harvard.edu/files/center-for-ethics/files/capturedagency_alster.pdf

The LED lights themselves create retinal toxicity and excessive irritations for some; people have already lodged complaints that these lights on police cruisers and highways are too bright.  Dimmable LEDs in particular create high frequency transients, harmonics, swells and swags and therefore line pollution that affects the human body.  This pollution is a new concept for most, but it must be understood like toxic chemicals and black mold as a clear and present danger to public health.  The military has developed an expertise in filtering it, so as not to interfere with their equipment.  People need to consider interference with human cellular signaling, not just technical gadget operations.

The wireless component of these systems can blanket streets with pulse-modulated microwave radiation such that some people would be exposed to levels as if they were close to a cell tower (the California Public Utilities Commission recommended in 1993 keeping cell towers away from schools and hospitals).  The street transmitter system used in San Francisco can create emissions that are up to 138,000 times the outer boundary of the International Institute for Building Biology and Ecology’s (BBI) lower threshold of severe concern and 10,780 to 230,000 times higher than radiation levels found to cause sleeping disorders, depressive tendencies, concentration difficulties and cardiovascular problems in exposed subjects.  Charts and graphs, etc. backing up my claims are here: http://wirelessrighttoknow.com/alerts/exhibits-for-streetlights-and-das-letter/

Salespeople offering these “solutions” don’t know device specs and emissions.  If asked, management sometimes trots out platitudes about being within FCC guidelines, which allow the public to be irradiated up to a million times the lower boundary of severe concern identified by the BBI.

The front line to prevent problems (that purveyors will not be responsible for post-sale) and heed the dire warnings lies with local government officials.